Peter David Anderson, 82 of King City, Calif. was born on August 21, 1940, at the family home in Wadena, Minnesota, the youngest of five children. After high school, he attended the University of Minnesota, where he graduated with a degree in math. During college, he rode the rails around the country, traveling by boxcar, and he worked summers at Yellowstone National Park where he met his bride-to-be, Jackie Kent.

Pete and Jackie lived in Berkeley and San Francisco in the 1960s, eloping to Carson City, NV, in 1963. After two years of working as a computer programmer, he attended the University of Minnesota law school. He and his wife would forevermore wax poetic about their busy, impoverished, exciting time in Minneapolis.

After they had her first son, Peter “Andy” in Minneapolis, they moved to King City, California, where Pete was a partner in the law firm of Hutton, Foley, Anderson, and Bolles. They had two more children, Amy and Seth, and they opened their house as an emergency foster home for a total of 23 children over the years, some staying for hours or days, others for months or as long as a year. Pete and Jackie did volunteer work in the local community teaching swim lessons and being involved with Scouting.

Pete valued his involvement in the community as a member of Rotary, the Masons, and the Shriners. Later, he and Jackie joined the Silver Queens and Kings and volunteered at various events at the Salinas Valley Fair and throughout the year. That volunteerism and community spirit lasted throughout their lives and Peter was involved right to the end of his life.

Pete worked in King City and South Monterey County as a lawyer for 55 years, including serving as a judge pro tem in the local court. While most of his clients paid with money, he was also known to accept barters of work, wine, and rhubarb pie. Never wanting to retire, he worked the day before he went to the hospital for the last time. He made sure to arrange for his law practice to transfer to another lawyer after his death so that his clients would never be without help.

Supporting Jackie in her career as a teacher, Pete spent two separate years in Europe when Jackie taught a year in Scotland and another year in Norway under the National Fulbright Teaching Program. He and Jackie also traveled extensively in Europe, Asia, Africa, South America, North America, Australia, and Antarctica. His favorite places to go were closer to home, spending many happy days hiking and cross country skiing in national parks and forests. He loved visiting the family cabin in the Los Padres National Forest and also liked going to the “Lakehouse” near Bass Lake.

On December 11, 2021, he had an early Christmas with Jackie, all his children and their spouses, Peter “Andy” and Kim, Amy and David, Seth and Courtney, and their seven grandchildren: Robert, Josette, Naudus, Steven, Oliver, Luke, and Steele. It was the last Christmas for them to be all together before Jackie died on December 29. Peter was determined to recover from the grief of losing his wife of 58 years and he fully committed himself to being an active and involved grandfather, attending games, going on trips, and making his famous cinnamon toast. Having read that widowers are at risk of being isolated, he accepted every invitation, personal and civic, and depended on friendships to stay social and active. And, of course, he remained dedicated to his law practice.

Peter was proud of his children and their careers of service. His eldest son Peter “Andy” has worked in multiple nonprofits, Amy is a middle school special education teacher, and Seth is a Colonel in the Marine Corps.

This spring, a decades-old heart murmur worsened as a heart valve began to fail. After months of diagnostic tests, his cardiologist was encouraged that Peter had no other significant health conditions and a healthy heart that only required a valve replacement. The surgery was successful and Peter returned to King City several days later where he followed every recommendation and protocol. His recovery was dramatic and he was back at his desk at work four days after leaving the hospital, impressing his doctors and home health nurses.

Four days later, waking up weak, he returned to the hospital to learn that an undetected infection had taken hold, a risk of any surgery. Four more days in the ICU saw him gradually improve, his three children at his bedside, and he made plans for a long but successful recovery and return to active life in King City. The next morning, however, on September 7, 2022, his exhausted heart fluttered and stopped, surprising the experienced doctors and nurses caring for him. He died unwillingly but without pain or distress. He was 82.

Pete and Jackie’s family invites their many friends to a memorial at their home on October 22. It will be an open house from 10:00am to 6:00pm. 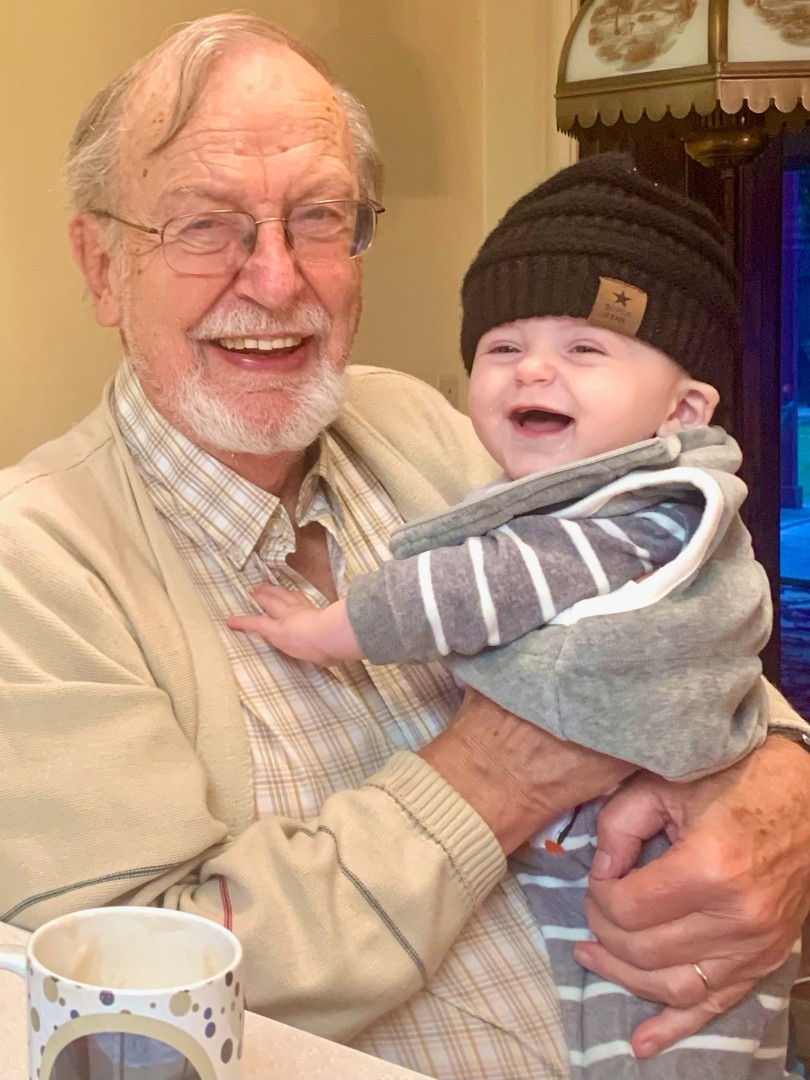