LeRoy Anthony “Lee” Hoffman was born on February 11, 1950 in Wadena, Minnesota. His parents were the late Leonard and Wilhelmina (Macho) Hoffman. Lee attended Wadena High School, graduating with the class of 1968 .

On June 29, 1968, LeRoy was united in marriage to Linda Piepkorn in Wadena. Their marriage was blessed with a daughter, Laura.

Lee spent the first 15 years working for Horizon Communications first as a cable technician, and eventually working his way up to Regional Manager. When Lee and Linda decided it was time to open their own hair salon, Lee quit his job with Horizon Communications and went to school for cosmetology as he wasn’t going to go into a business he didn’t fully understand. Lee and Linda operated their salon together for 39 years and Lee, to no surprise, was an excellent barber.

Of all the pastimes and hobbies, cars were Lee’s passion. He had a tremendous love for the 50’s and 60’s era cars that he grew up with. He would be able to identify the make, model, and year of almost any car that he saw on the street or in a movie. The family never had a “normal car”. They would use whatever car Lee just finished restoring as a daily driver.

Lee transitioned from restoring cars to building RC airplanes. He was part of a group that would work on planes and fly them together. He built numerous RC airplanes, pushing himself to do all styles and scales, and made a lot of friends along the way.

After many years, Lee packed away the RC airplanes and accessories and turned his garage into a workshop for model railroading. He built an entire town, piece by piece.

Preceding Lee in death are his parents. 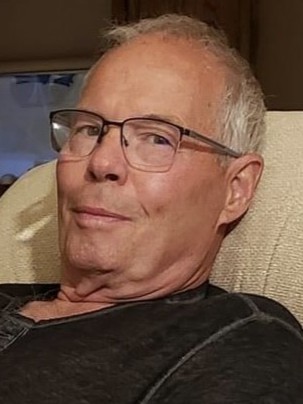