Memorial Services will be held for John Anderson, age 66 of Bluffton, Minnesota on Saturday, August 13, 2022, at 11:00 a.m. at the Verndale Family Life Church in Verndale, Minnesota with Pastor Amos Self officiating. John will be laid to rest in Greenlawn Cemetery, Verndale, Minnesota

John Charles Anderson was born on March 28, 1956, at Wesley Hospital in Wadena, Minnesota. His parents were the late John “Rodney” and Doris “Dorie” (Nelson) Anderson. John graduated from Verndale High School with the class of 1974.

John was employed for a short time at Pederson-Biddick Seed and Feed Company in Wadena and then for Verndale Custom Homes for 13 years. He was employed at Lund Boats in New York Mills for 28 years. In 2011, John purchased his own semi-truck and hauled oil in Williston, North Dakota and then was employed with Wayne Transports, where he delivered hot oil in the summer and sugar in the winter.

After high school, John married Debbie Buettner and raised three children near Bluffton. They later divorced and John maintained the family home until he passed.

On July 31, 2022, John passed away peacefully surrounded by his loving family and the gentle care of Knute Nelson Hospice at his home in Bluffton, Minnesota. He will be dearly missed by his friends and family. Preceding John in death are his parents, John “Rodney” and Doris “Dorie” Anderson; sisters: Connie Anderson and Georgia Toftum and brother, Jerome Anderson

Please visit karvonenfuneralhome.com to leave a message of comfort and support for John’s family.

Arrangements are provided by the Karvonen Funeral & Cremation Service of Wadena. 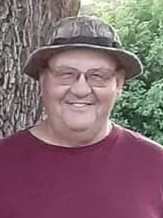